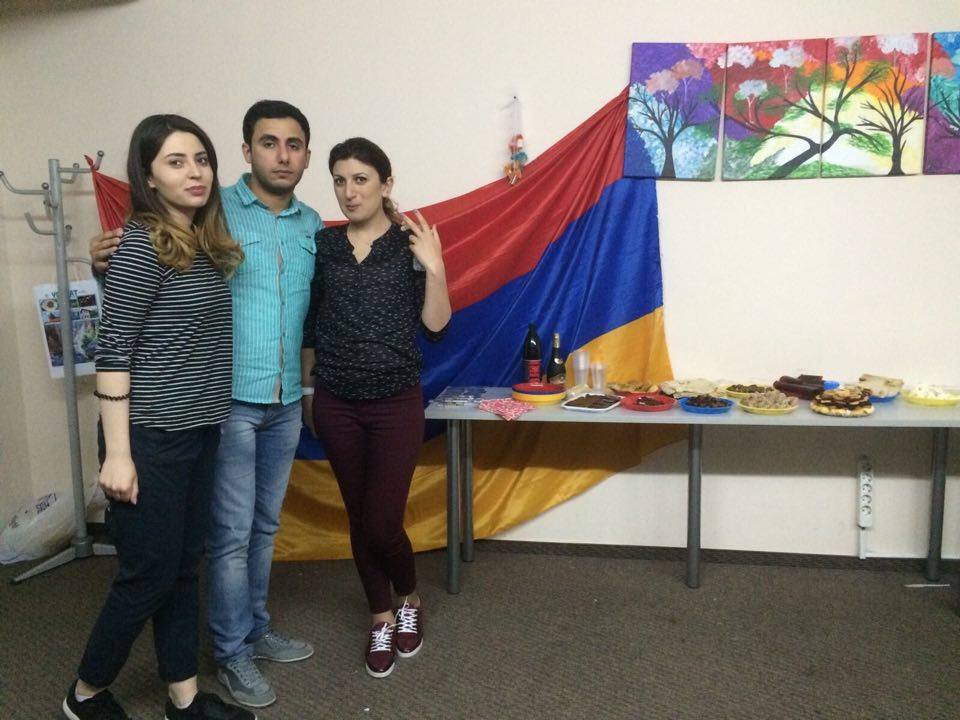 From the 20th till the 27th of March 3 of our members took part in a training course named “Youth workers – the engine of social change in marginalized communities” which took place in Sofia, Bulgaria.
48 youth workers from 12 countries( Greece, Spain, Portugal, Turkey, Slovakia, Romania, Lithuania, Georgia, Armenia, Italy, France and Bulgaria) participated in a project thus strengthening international cooperation between EU countries.
The main theme of the project was disadvantaged groups and minorities, hence the participants had the chance to cooperate with Romani people, the largest ethnic minority in Bulgaria. There was an organised trip to Plovdiv, where the young people had time to communicate and understand each other’s problems.
Besides, the project included sessions concerning Creative tourism, run by a university professor, who talked about the advantages of that sphere.

Another session was dedicated to coaching run by a famous Bulgarian life coach Veroncheto Mihaylova. She spoke about the basis of that profession, as well as presented various types of coaching through different games and activities. As a result, the participants learnt how to differentiate coaching and mentoring, as well as they chose the appropriate type of coaching for themselves.
One of the speakers during the project was Boyan Pavlov, who talked about social entrepreneurship and taught the young ones how to deal with constantly changing labour market.
Apart from sessions, the participants had a lot of fun, and of course interesting cultural evenings. They got acquainted with national cuisines of the participating countries as well as their traditional dances and games!

The project was hosted by New Opportunities Bulgarian Association