EVS in the Netherlands

From 7th of January till 4th of April 2 volunteers from our organization did their EVS in the Netherlands in an organization called Richter. The Richter foundation is a non-profit organization run by a team of professional in the field of arts a 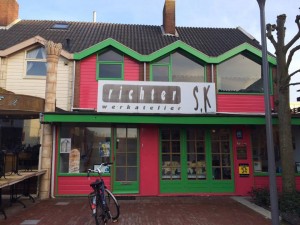 nd cultural movement from the town of Den Helder. According to their impressions it was one of the most life changing experiences in their life.

Our volunteer Mkrtich Yezekelyan who is an artist worked in an art gallery. His tasks were to open the gallery on. He participated in organizing expositions, promoting the gallery and informing visitors on European activities. He also organized his own exhibition with his own painting. The exhibition was called “Flow of Emotions”. It represented his inspirations from the Netherlands and his flow of emotions.

The other volunteer Ani Grigoryan wrote an Erasmus+exchange project and worked in an art gallery too. Ani participated in workshops for refugees in a refugee camp. Next to this she was active in an art craft center (mindZ) and in Daily Activity Centre that offers people with mental illness and other vulnerable citizens help in finding a suitable daycare.

Besides both of them participated in an EVS On Arrival training in Arnhem, The Netherlands. The training was organized by the Dutch Nation Agency and took from 17th of February until 21st of February 2016 and in a European Youth exchange organized by the hosting organization in one of the most beautiful islands called Texel.

During the project they developed a lot of important skills. They took Dutch lessons during the whole period of their EVS. Besides they developed the ability to adapt to multicultural envir
onments, communicate with different people, representatives of different cultures and to respect different points of view. What is most important, they learned to live with other people in the same house, to respect each other’s values and cultures, as well as to keep a clean and organized house.

As an EVS volunteer I understood that Europe or even the world, is very small. The adventure usually starts before you even leave your country – you meet oth 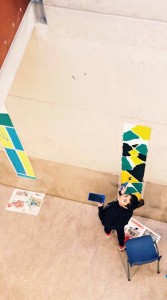 er people, you get to know their stories and their motivations and then you understand that you are not alone, that there are other people who want to do something ‘unusual’ or even ‘crazy’.

The adventure continues when you come to a new organization, meet new people and hav 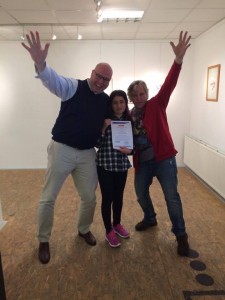 And the most important part: while doing an EVS you get to know many people. Many different people, very often coming from different countries, different backgrounds and this is I think the most valuable part of EVS experience. Suddenly you can have friends everywhere, be able to stay at their place, because you are all members of a great community, the EVS family.

And finally the most ‘serious’ part – job. Having EVS experience in my CV, especially in an NGO based in the Netherlands, is a great chance to develop a career that I am dreaming of.

EVS is a great thing don’t be afraid of your dreams and take any opportunity that comes to you!