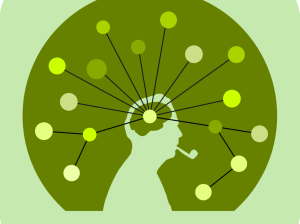 Truthfully, success is a subjective term, and everyone will disagree over what constitutes being successful. Here are a list of guidelines, however, of some things to stop doing if you want to be or feel successful.

Often, we get frustrated when things don’t work out the way we want them to, or as quickly as we’d like them to. We stress over small details, or beat ourselves up for getting one thing wrong, or forgetting to dot one I or cross one T. People are fallible. Mistakes and drawbacks are a fact of life. Nothing is nor will it ever be perfect, and that’s okay.

Stressing out over minute details or things that would have been impossible to get to is unproductive and unhealthy. Start saying that you will do your personal best, because at the end of the day, you’re not in competition with anyone but yourself.

2. Stop Saying Yes When You Want to Say No

It’s always important to know your limits, and people will always try to test them. Human beings are social animals. We want to interact with others and feel like we are a part of something or like we are special to someone else. People also, for the most part, like to please others. Sometimes, however, it’s easy to be taken advantage of. Whether it’s helping a co-worker with something when you can’t really afford to, or loaning a friend money you can’t really afford to give.

Out of guilt, people often say yes to people and situations that they really should say no to. Don’t be afraid to trust your gut and say no. Sometimes you can’t stay a few hours later because you had other plans or important errands to run. Sometimes it’s okay to say no to that co-worker that keeps nagging you for help but is really just stalling because they don’t want to work and know you’ll help them.

Sometimes it’s okay to prioritize other things over work. Saying no is healthy. Saying no means that you know your boundaries and can demand respect.

We all can probably play back in our minds every negative or embarrassing thing we’ve ever done to ourselves, been subjected to, or done to someone else. Whether it’s tripping over one’s shoelaces in the fourth grade, or being fired from a job, wronging someone else, or overhearing someone speaking negatively about us, those thoughts are forever solidified in our minds.

Replaying those thoughts, however, and constantly punishing oneself for past mistakes, is counterproductive at certain points. At some point, it’s more important to learn from situations and move on, instead of psychologically beating yourself up.

The next time you find yourself saying, “I’m not pretty enough”, “I did this horrible thing once five years ago and I’ll never forgive myself”, or any type of statement along those lines, turn off that negative self-dialogue. Look in the mirror and say something kind to yourself. Read some inspirational quotes. Acknowledge that you are taking steps and making an effort to be a better person. Admit to yourself that everyone makes mistakes, and most importantly, that making mistakes is okay.

Successful people tend to understand the value of a good plan. They plan out their day, their goals, a budget and they plan how much to save for retirement. That doesn’t mean they don’t have fun, though. They most certainly do! They just make sure to plan when it is appropriate and inappropriate to have fun. They make time for productivity and fun, but still save and think about the future.

So, stop just focusing on today and having fun. Think about where you want to be in five, 10 or 15 years down the road! Having a good focus aids in success!

Stop believing things will just work out for you because you’re a good person. Good things only happen to people who make an effort. A part of making an effort is setting goals for oneself. As evidenced in the previous point, it’s not enough to just focus on the day at hand. It’s important to manage time and set short-term and long-term goals in order to be able to track progress and have something to strive for.

Successful people understand that not everything is about work, church or similar obligations. Some things are about family, relaxation, and hobbies. It’s easy to get the impression that everyone who feels or defines themselves as successful probably has no spare time on their hands, and in some cases, that’s true.

However, it isn’t always. Social isolation can kill people. In fact, many successful people have mastered the art of balance. They don’t isolate the people they love because they have large goals or something they want to accomplish. Instead, they incorporate those they love into their goals and hobbies.

7. Stop Comparing Yourself To Everyone Else

Successful people understand that the only person they can compete with today is the person they were yesterday. They are too focused on themselves and their goals to worry about anyone else. They don’t want to compare themselves to others because it’s counterproductive. However, they do analyze where they have weak points and are able to genuinely admire people who have mastered things they have not.

There is no use to comparing yourself to someone else. It’s counterproductive and harmful to your self-esteem. It also helps to harbor negative self-dialogue.

8. Stop Living In The Past

Successful people appreciate other people for their unique traits and gifts. They do not attempt to harm, belittle, or in any way demean others for their own successes or ideas. They are open to relationships with others, but know when to cut the cord, so to speak.

People can be too forgiving when it comes to being wronged, and it’s important to know one’s limits. Successful people do not tolerate negative and dishonest people, because they are too busy loving honest, sincere people.