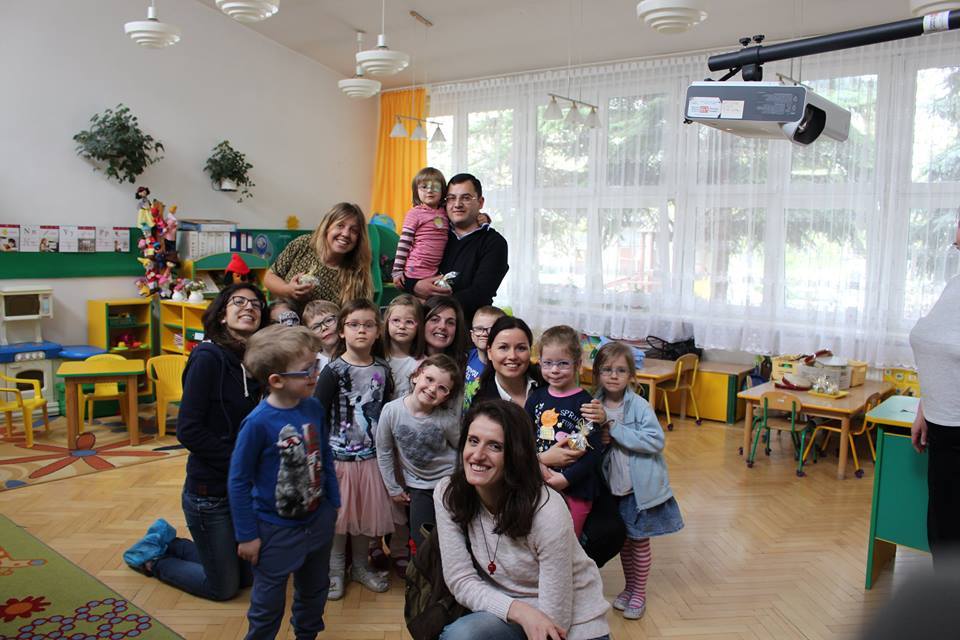 From 10-16 of April there took place a project under the name “Special Care Special Needs in Warsaw”. The project gathered participants from 9 countries namely, Armenia, Belarus, Bulgaria, Cyprus, Turkey, Italy, Russia, Spain and Greece. Our country was successfully represented by the volunteers from Future in Our Hands NGO.

It was a study visit which was aimed to show practitioners, special educators, special pedagogues and project coordinators from EVS organizations who were interested in seeing how special education institutions involve EVS volunteers in their work with disabled children and youth.

During the project the participants had a study visit to the 3 kindergartens of Warsaw designed for children with special needs and to the LASKI centre which is a boarding school for visually impaired and blind children.

In the kindergarten they had a presentation of the kindergarten, its children, young pupils and volunteers, observation of group and individual therapeutic and educational activities and also participated in group workshops through assisting the children. At LASKI centre they were introduced to the new principles and methods of working with visually impaired and blind children, to their learning methods as well as learned about how they move, work and earn money.
The participants also had different discussions on how this system works in their own countries about its advantages and disadvantages.

The participants also had some free time to explore Warsaw in the afternoons and evenings as well as one day to meet with representatives of other local organizations (other special education institutions, NGOs, public institutions cooperating with ROs, parents of children/young people under their care).

The study visit was funded by an Erasmus+ project and was hosted by Robert Schuman Association in Warsaw.