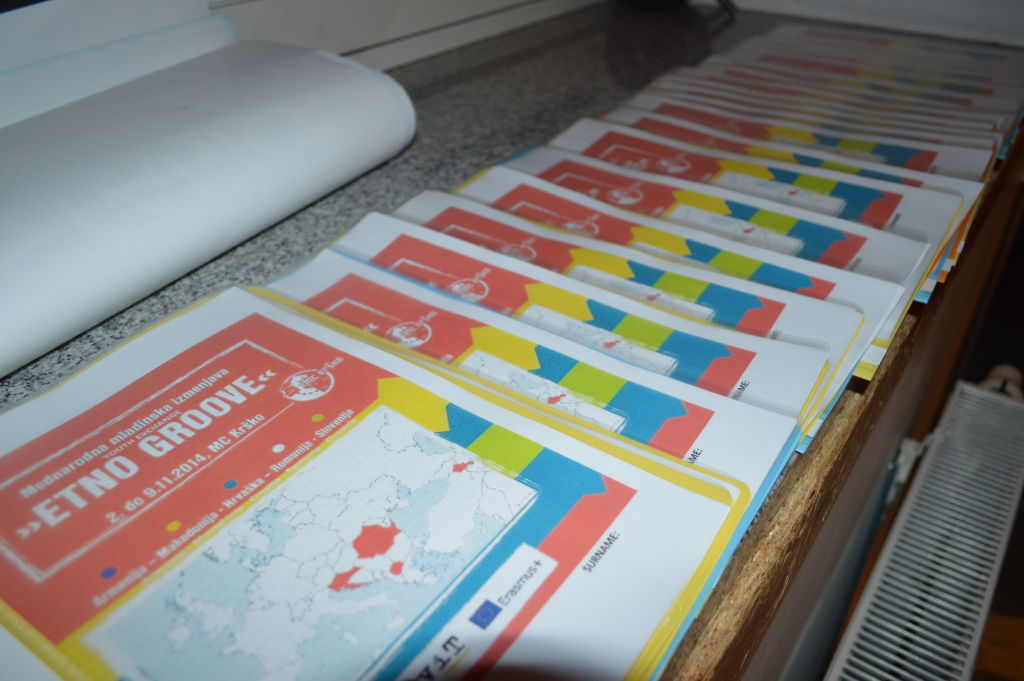 Youth exchange “Etno Groove” was an international youth exchaneg where 25 young participants from five different countries: Armenia, Macedonia, Romania, Croatia and Slovenia took part. The participants were between 18 and 25 y.o. .

The exchange took place in Krsko, Slovenia from 2nd of November till the 9th of November 2014 . It’s main purpose was to spread multicultural awareness and awareness of a common Europe, to encourage active participation among young people through the process of informal education in the field of music folk tradition. Working progress took place in groups in three different workshops, individual mentoring of the workshops was lead by group leaders of each partner country. There was  music, choir and dance workshops, where young people learnt about the elements of different traditions and create singing, music and dance routines which was traditional music intertwined with modern approaches.

The presentations of the exchange were in different schools of the region, where the participants presented their mixed  traditional dances and songs to the audience. Such as Macedonian Song mixed with Armenian, Croatioan and Macedonian dance, accompanied by musicians from participants countries, etc.

One of the performances was streaming live online and the residents of other countries was able to watch it from their homecountries as well.

There were 5 participants representing Armenia. The participant were chosen on the basis of their CV’s and motivation letters.

P.S. 🙂 We’re happy to gain the nominations of the most punctual country, the best cultural presentation, the gentlman of the project and the person with the biggest humor. Thank you for all the votes:)