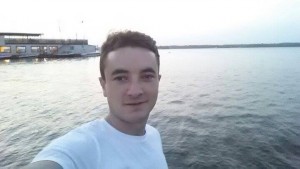 From 7th of September 2015 till 4th of July 2016 David Harutyunyan, a volunteer from our organization did his EVS in Warsaw, Poland.

As he says he really enjoyed his EVS and gained a lot of useful things from it, besides the difficulties that he faced during the project in communciation matters. His main task during his EVS was to work in a special kindergarden with children with special needs. He was feeling good working with children with special needs as a part of his profession and his EVS was successful from the point of his professional development. Besides, he was enrolled as a volunteer as an additional activity in N333 Primary inclusion school in Warsaw. He was also involved in activities in Baltic camps for children. Baltic camps were nice, they fulfilled his personality

Apart from working he also took language courses during his EVS. He can freely communicate in Polish

In conclusion, the project was productive and he was pleased. David learned a lot in the kindergarten and he found out a qualified pedagogue in himself. He would like to share his practical skills gained during the project in his work place. He will continue working with children with special needs. We see that his EVS was a good life experience for him.